The Lady and The Sax are available to be booked with guest artist David Lawrence. This adds an extra dimension to the performance with a range of classic show tunes, opera and swing standards being added to the set. David Lawrence’s performing career has been varied over the years from performing on London’s West End to international touring shows. He has performed with The English Symphony Orchestra for a UK tour to audiences of thousands. He had the honour of playing ‘Phantom of the Opera on ice’, singing alongside the world famous ‘Russian Ice Stars’ for their European tour in a cleverly choreographed show masking the fact he was never a skater!  Following the success of this tour, David travelled to Moscow and trained for three months with the Russian Ice Stars and with the world famous Moscow State Circus where he learned all the skills required to play ‘Phineas Taylor Barnum’, combining spectacular skating with daring aerial acrobatics and wooing crowds of thousands on their European tour. David enjoyed acting in the UK Theatre Tour of ‘The Songs That Won the War’ where he played the role of actor, director and soldier John Adams in D Day Darlings.

The production was in association with Dame Vera Lynn and the Royal British Legion. David Lawrence’s London West End accomplishments include performances on ‘Sunday Night live’ at the London Palladium, as well as performing at the Theatre Royal, Drury Lane and Her Majesty's. He has also performed at many of the key regional theatres, including the Birmingham Hippodrome. No stranger to television David has performed live on local and national TV and Radio, including being interviewed and performing live for Alan Titchmarsh’s BBC Day Time Live show. He regularly performs as a headliner in cabaret shows at sea and on land, including on P&O, Cruise and Maritime, Air Tours and Fred Olsen. David Lawrence is part of the international male singing trio Tenuto who perform a rousing blend opera, rock and musical theatre, in the style of Il Divo. www.davidlawrencesinger.uk 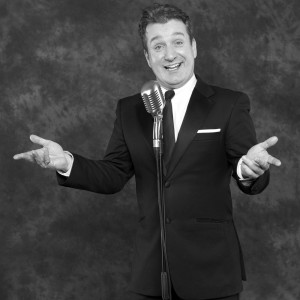